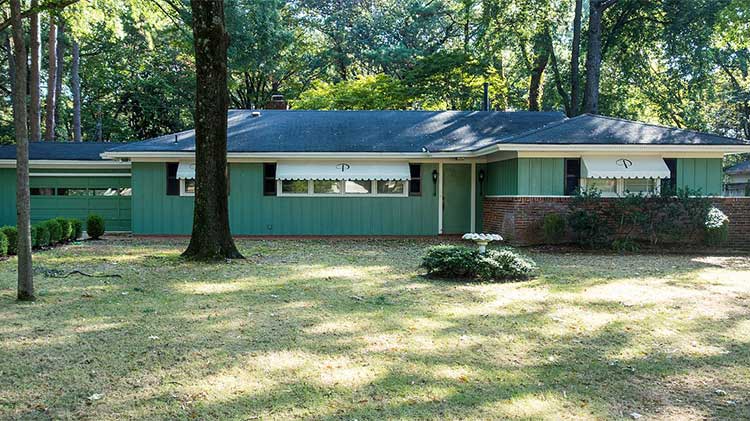 Elvis Presley purchased this modest Memphis ranch in 1956, just as he became a major entertainment figure. The Mike Curb Foundation acquired the property a half-century later, in the same year the house was placed on the National Register of Historic Places. Today the Presley residence is home to the Mike Curb Institute for Music at Rhodes College, a center dedicated to supporting students as they engage the distinct musical traditions of the South through performance and by assessing the impact of southern music on history and culture.